A New Season Is Upon Us, So…

As another season of Canada’s favourite sport begins, it feels like a good time to share some analogies from the world of hockey, that happen to fit nicely with some of my views on the subject of family wealth, and how best to prepare to transition it to future generations.

As a lifelong Montrealer, who was spoiled to be alive for 10 Stanley Cup wins by our beloved Canadiens before I finished High School, hockey holds a special place in my life, and my heart.

Although “Les Glorieux” are approaching three decades of drought, hope springs eternal, although probably not for another couple of seasons, as a roster rebuild is now on.

Our new coach recently said something during a press conference which got me thinking about some hockey analogies to write about here.

There’s a very simple one we can kick around a bit, about the importance of both offence and defence for a winning team.

If you have lots of scorers and lousy goaltending, you can try to win every game 8-7, but that’s not sustainable.

If you have the best goalie but can’t score, you need to try for a 0-0 tie and hope for the best in overtime.

My wealth analogy includes the risks involved in trying to make lots of money (score goals) versus making sure you don’t lose too much money (defence and goaltending).

Most families that achieve lots of wealth did so by playing exceptional offence for some time, and then need to focus on defence, since that game is played over decades and generations, not three 20-minute periods.

The asset allocation angle version might be the saying, “nobody ever got rich investing in bonds, but lots of people stay rich that way”.

We should also look at the most famous quote from one of the greatest players to ever lace up a pair of skates, Wayne Gretzky:

“Skate to where the puck is going, not where it has been.”

Indeed, we need to always be looking forward, not backwards, as we think about the wealth the family now owns, and how we plan to transition that wealth into the future.

The thing about intergenerational wealth, though, is that it is INTER generational.

That implies that the people in the current leading generation, who likely control that wealth, won’t be around forever, and so it behooves those folks to look to where not only the puck is going to be, but where the other players on the team will be.

The Guys Without the Puck

The Canadiens had their worst season in decades last year, and fired their coach midstream. Then, they turned heads by hiring someone who’d only ever coached his teenaged kids’ teams.

The team showed new life as he brought a fresh philosophy to the group, and he was then signed to a new long-term contract.

As the team prepared for the new season, during one of his many press conferences, he noted:

“I don’t coach the guy with the puck.

I coach the four guys without the puck.

The guy with the puck is the present.

The other four guys are the future.”

They Are All On the Team NOW

The team has lots of young players, who are playing alongside more experienced pros, but they’re all on the team now, sharing the ice together.

Yes, there’s a farm team too, preparing some future players who aren’t yet ready, but the “four guys without the puck” are all being coached to play well together now.

Too many families spend too much time concentrating on the guy with the puck, hoping he’ll continue to maintain his scoring prowess forever.

Working to transition your family’s wealth from one generation to the next is the ultimate team sport.

Coaching the ones who don’t yet have the puck is key, as is having the one with the puck understand that winning the game will involve passing the puck to others.

Learning to play well together is also a big part of success too.

Often the wealth creator had early success in an individual sport more like golf or tennis, where success as a “solo artist” is the major success factor.

Once you bring the family in, get inspired by team examples instead. 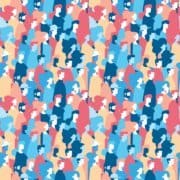 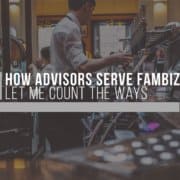 When the “Next Gen” Becomes the “Rising Gen”
Getting your MBA to Lead your FamBiz? 5 Things to Consider