Taking a Fresh Look at an Old Saying

This week we’re dealing with a subject that gets talked about a LOT by many of the people who work with family businesses, and that’s the adage that family businesses often fail, usually by their third generation.

Personally, I’ve always avoided this topic, because whenever I speak to anyone from an enterprising family, they never ask about these “statistics” and even when they do hear them they usually believe that their family will prove to be the exception.

But I guess it’s probably high time that I at least address this question, so that we can unpack it a bit and see what can be learned.

I’ll Tell You What You Can Do with Your “Shirtsleeves”

Everyone who works in the field of family business and family wealth is familiar with the old proverb “Shirtsleeves to shirtsleeves in three generations”.

And we’ve all heard that there are similar versions in every language and culture around the globe.

And, I’m pretty sure most of us are sick of hearing about it.

Of course, that hasn’t stopped many of the people who advise such families from trotting out that stuff at every opportunity, because, well, it works!

But what I mean when I say “it works” has much more to do with the fact that it works for solution providers, for whom this point of view helps them to sell their “solutions”.

A “solution” is easier to sell when you can point to a clear “problem”.

We’re Looking at the Wrong Question

The image I chose to accompany this blog comes from an ice storm that hit my region almost 25 years ago, in January 1998.

The tower that collapsed was one of dozens that could not stand the weight of the ice that had accumulated on the electric wires they carried.

The business my Dad had founded and for which I worked happened to have manufactured thousands of towers like these over the three decades we operated.

After that storm, people who knew we had been in that business would ask my Dad, “How come those towers collapsed?”.

His reply was always this: “You’re asking the wrong question; you should be asking ‘how did so many of the towers stay up’”.

I hope that my analogy is obvious enough, but just in case, allow me to share my point more explicitly.

While the ice storm that damaged so many of those towers was a “once in a century” type of occurrence, the challenges of keeping a family business (or any business for that matter) going for decades are a constant uphill battle.

Do I have any stats or studies to back that up? Well, no, I don’t.

But the “studies” that were done decades ago on FamBiz were not exactly done with the most scientific rigour either.

That hasn’t stopped those who benefit from them from trotting them out at every occasion, however.

I’ve felt this way since I entered this field a decade ago, and thankfully now some higher profile colleagues are leading the way to change the narrative around this subject.

I first heard the term “Wealth 3.0” at the RendezVous of the Purposeful Planning Institute (PPI) in 2019, from Dr. Jim Grubman in his closing keynote.

Since then, Grubman has continued to share his thinking via the Ultra High Net Worth Institute. See Wealth 3.0 and the Ten Domains of Family Wealth for much more background.

The crux of that viewpoint lies in the fact that creating structural “solutions” for the business is wrongheaded, whereas focusing on the human capital of the family is what we should be supporting families with.

More recent research has shown that concentrating on the family, rather than any enterprise they happen to create, makes more sense.

Because so many of the experts have traditionally been hired by the companies, though, it’s not surprising that the focus has been misplaced.

The more recent emphasis on the family is welcome and overdue, but not yet firmly implanted in the field of professionals who serve them.

Progress continues to be made, however, and we need to be satisfied with making that continue, rather than lamenting that we are not yet at the “perfect” state of the industry.

See “From Multidisciplinary Field to Interdisciplinary Ecosystem” from a few weeks ago for more on this.

We need to continue to make this progress, one advisor and one family at a time. 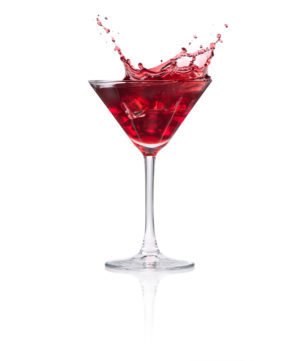 Liquidity Events in a FamBiz: Pros and Cons
Sustaining Family Ownership Through Generations